Perils of the Woke Generation: How Sport Equips Us To Deal with Uncertainty 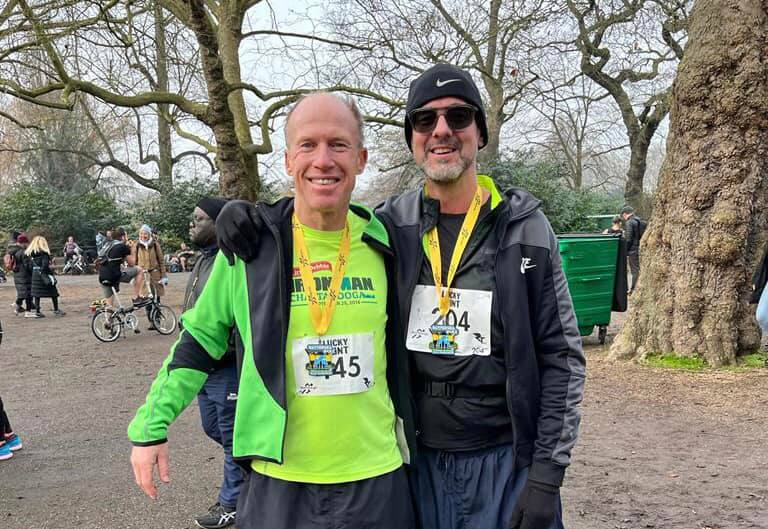 In February 2022, the NHS Confederation announced that 10 million people in the UK need mental health services – more than 15 per cent of the population. The obesity rate is 27 per cent, the highest in Europe.

How on earth did we get here?

When my kids were at primary school in the 2000s, ‘Sports Day’ wasn’t about any kind of sport that I recognised. We stood in a circle and flapped a piece of cloth in the air.

When they went to secondary school in the 2010s, exams were downplayed, meaning that anxious kids could be spared embarrassment. Music grade exams were discouraged, because they ‘might put them off’. Sport was optional. (Fee paying schools are different. At the Tokyo Olympics, 35 per cent of UK medal-winners were privately educated).

I would argue that a lack of widespread rigorous, competitive, fiercely played sport is the main source of Britain’s mental health and obesity epidemics.

And the underlying reason is that, without sporting experience, people are ill-equipped to deal with uncertainty.

Why is sport the most popular thing on television? Because nobody knows the outcome. There is inbuilt tension and drama.

How do you teach children to lose graciously, without playing sport? I can’t think of other ways. Nor do I count video games, where you simply press ‘play again’ as soon as the game ends. Killing people with machine guns is not my idea of sport, anyway.

How do you prepare a workforce to deal with a competitive business environment, with deadline pressure, teamwork and goalsetting, if they have never played sport?

Sport doesn’t even have to be about winning and losing. Much of the time, it’s about overcoming one’s own limitations: running faster than last week, finishing a 5km race, cycling up a hill, swimming 10 lengths. These are important life skills that teach us how to surpass ourselves, which is crucial in work as it is in the rest of life. I met Anthony Goodwin, founder and CEO of Antal International recruitment agency, on a ski slope in 2001. We bonded over a love of speed, risk-taking, mountain scenery and Long Island Iced Teas.

Since then, we have shared one another’s triumphs and disasters: his near-bankruptcy in 2003, the extraordinary sale and buy-back of his Russian business in 2008/2017, the global spread of his brand to 35 countries with more than 800 employees. My crisis-ridden love life, my articles for the Wall Street Journal, my sports books and triathlon career, culminating in the Ironman World Championship in May this year.

We’ve concluded that we both embrace uncertainty rather than run from it. Just as we flew down the slopes of Les Deux Alpes in 2001 at breakneck speeds, calculating that the thrill of the ride was of greater worth than the risk of injury, so Anthony invested in Central and Eastern Europe when conventional wisdom said it was too wild and uncertain and I drove a camper van through Bulgaria and Romania to look for good stories. The wilder the better, we both reckoned. The more than others are put off, the greater the reward for those who dare. A surprise every morning

Anthony has hired people who share his appetite for risk and uncertainty. He has to, otherwise they wouldn’t pack in a stable, well-paid job for Rolls Royce and head off to Almaty in Kazakhstan, as Michael Germershausen did. Today he heads up five offices in the former Soviet Union including Almaty, Kiev in Ukraine and Tashkent in Uzbekistan.

“Every day I wake up and get a surprise,” says Germershausen. “If I wanted stability, I’d go back to Germany and work for Siemens, where you know what will happen every day until you retire.” He’s had to deal with the Kazakh uprising in January 2022, followed by Russia’s invasion of Ukraine in April, shutting down parts of the business through sanctions, international companies withdrawing and – in Kiev – a state of emergency. “You have to be more creative about solving problems,” says Germershausen with typical understatement. “When you’re in an unregulated environment, it means you can build and develop a business in ways that are impossible in a mature economy."

Antal in the former Soviet Union has grown from seven employees in 1999 to a £25 million, 250-person group. “It’s the same with any exotic location. You have more freedom,” he argues.

Antal COO Sagar Ruparelia points out that the company’s leadership group has survived multiple downturns, from the 2008 recession through to Covid and Ukraine. “That experience helps,” he says. “It acts as a motivation, because we’re in better shape than in the past. Our glass is half full.”

In my sporting life, I’ve embraced uncertainty by entering events marathons and Ironman races. They seem unattainable, almost suicidal in their extreme demands on the human body. Yet once you overcomes the challenge, through training, acclimatisation and extending your horizons, there is a parallel sense of freedom. You’re fortified by survival.

To paraphrase Charles Darwin: “It is not the strongest species that survive, nor the most intelligent, but the ones most responsive to change.”

I think this sums up the power of sport to equip us for life. We don’t necessarily have to be strong or intelligent, but we do need to respond positively to uncertainty. If our team goes a goal down, we don’t despair.

As Anthony Goodwin puts it: “If you’re going through hell, the most important thing is to keep going.”

And without the hell of struggle and defeat in sport, how can you savour the taste of victory?

Anthony Goodwin is founder and CEO of Antal International – www.antal.com – with more than 800 people in 35 countries.